Heroes of Fortunia’s Next Update & More

it’s been a while since Heroes of Fortunia has received a major update, and there’s a reason for that.

But first, we need to make a slightly related announcement which is that we will be performing some internal reorganization in regards to server storage within the coming days, in order to improve accessibility, speed & security. This means that between now and January 22nd, you may experience sporadic maintenance breaks & outages (depending on where you live). We’d like to apologize for the inconvenience in advance and thank you for your understanding.

Now, back to the regularly scheduled news. It’s been no secret that the launch of Heroes of Fortunia into early access had its ups and downs. This is something that was to be expected, as it is a game very early in development, though it quickly became quite clear that the gripes most players had with the game were related to core mechanics that couldn’t simply be changed with a quick update.

The feedback we’ve received through the various channels made it quite clear of which mechanics you like, which mechanics you dislike, and features you are still missing. Therefore, we made the decision to pretty much start development all over by rebuilding those core parts in the game which you feel are lacking, in order to try and have a fresh start.

This has been going on since fall 2019 and is still very much work in progress. Do keep in mind that the original development for Heroes of Fortunia, from the very beginning towards the barebones early access version you got to experience in April 2019, took about 1 year and 8 months to produce, so rebuilding most of that will take quite some time as well.

However, we do believe that this is a worthwhile investment to make, as we believe that together with your help we can make Heroes of Fortunia the game it was always meant to be.

If you are more curious about what it is that we are doing to rework the game, feel free to join the community-run discord server for Heroes of Fortunia, where we are able to communicate more directly and immediately with you: https://discord.gg/bwdT2S5

However, here is a quick summary:

Automatic dungeon-publishing and the inclusion of items is basically what is prompting this huge workload, as the first requires a complete new system to be built, and the latter requires a complete revamp of the existing combat system in order to accommodate for it. 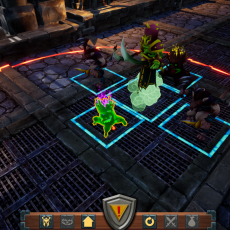 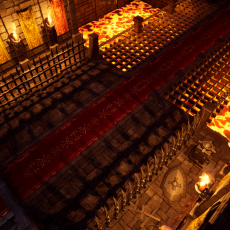 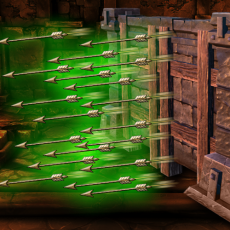