The long-awaited day is finally here. Heroes of Fortunia’s newest update: Version 0.7.0 has now entered public testing, and you may start playing NOW! Continue reading for instructions on how to participate.

What is the purpose of this test version?

Since publishing the 0.6.0 survey near the end of 2019, we’ve taken early 2020 to evaluate all the feedback that was gathered from that, as well as through other channels such as Discord, the community forums, and the in-game feedback form. We’ve spent the remainder of 2020 up until now conceptualizing a complete relaunch of Heroes of Fortunia.

With pre-production having wrapped up in May this year, development went underway quickly, but in order to speed the process up, we’ve decided to open up Heroes of Fortunia’s development builds for public testing. The reason behind this is two-fold:

Why not just use Early Access for this testing phase?

We aim to have the “Early Access” version of Heroes of Fortunia act like a production build. Before publishing a new update, the game build has to go through various stages of testing in order to ensure it is ready for public distribution. This is especially important as it includes micro-transactions, and shipping an incomplete or buggy product while at the same time asking users to pay for it doesn’t feel right.

The test version only sees the most basic of QA, that is making sure things “work”, but not making sure things are robust, or don’t interfere with other features. The bulk of QA is thus offloaded to the participants, which allows us to focus entirely on developing new features and speeds up development tremendously.

We’re aiming to fully release Heroes of Fortunia (no more Early Access) early 2021, all the while completely rebuilding the game, so in order to meet this admittedly ambitious goal, this is the best option for us.

What will await you in this test version?

It is important to note that the test version is not a complete game. Features will be missing, broken, or might even crash the game. We thus won’t be accepting any feedback on features anymore, but rather limit player feedback to bug reports only.

As everything is currently being reworked, the test version will initially feel a bit more similar to Heroes of Fortunia’s very first Early Access version, albeit with all heroes and components still present.

You can expect constant updates to the test version, sometimes even multiple times a day. However, the game will not inform you of a new version when you connect to the server, so you need to make sure to manually keep it up to date via Steam, or make sure your auto-update is working correctly. We won’t be making announcements every time we publish a new test version, as the process is largely automated on our end, meaning whenever we finish working on a new feature, it’ll be live on Steam roughly 30 minutes afterwards.

Thank you for participating in the Heroes of Fortunia public test version! 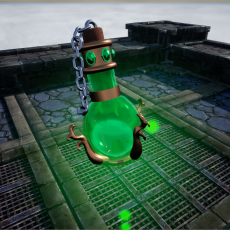 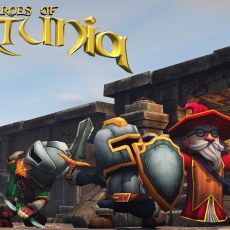